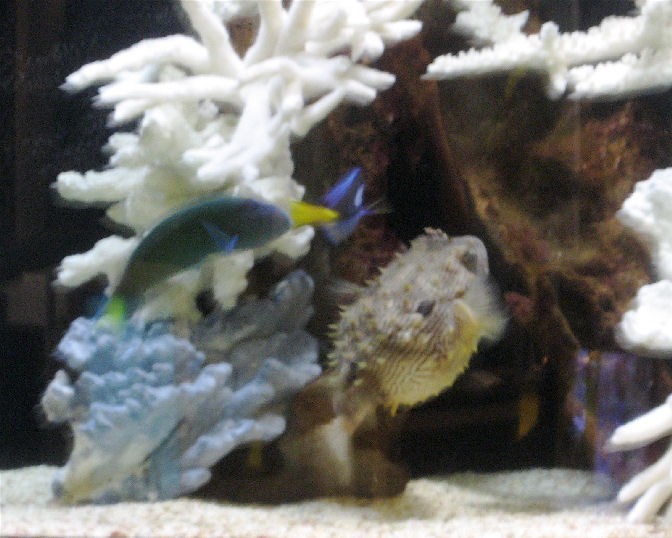 This is one of those 'right place, right time, with a camera close by' moments. Our puffer fish in our office aquarium rarely puffs up when anyone is around. On the rare occasion that she does, it's usually early in the morning when the only person at the front desk (where the aquarium is situated) is the receptionist. Monday I was lucky enough to be facing the tank when Puff did her thing. Better still, I had my camera in my pocket (Yay small cameras). I quickly took it out and started shooting. It's not the clearest shot as I did not want to fire a flash which would have reflected on the tank, but I got it.

@badala: Thanks! You gotta love a salt water aquarium.

I bumped into your website at VFXY. It looks like we are from the city. Keep up the great work!